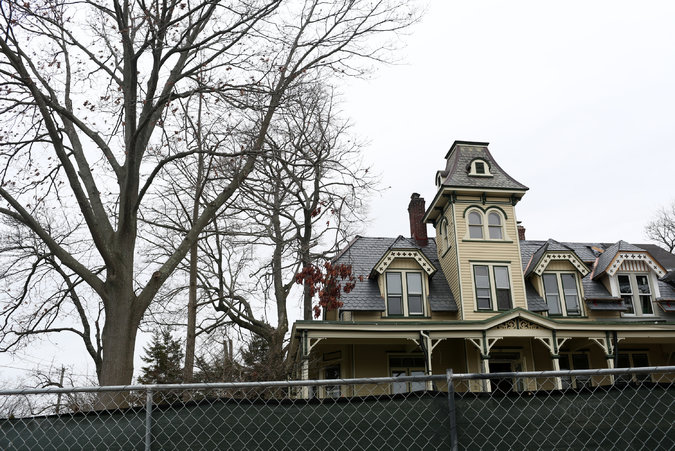 LARCHMONT, N.Y. — The yard signs began appearing in November, only a few at first, lodging in lush lawns, flower beds budding in the unseasonable warmth, and on picket fences and stone walls. They quickly began to spread across this compact village on Long Island Sound, in front of grand Victorians and Tudors and simple (yet seven-figure) Cape Cods and split-levels.

None carried the name of Bernie Sanders or a fellow Westchester County resident, Hillary Clinton — that kind of campaigning, this early in the race, is still confined to the bumpers of BMWs, Volvos and Volkswagens. Instead they primly declared in a blue crest, “Preserve Larchmont Supporter.” In the crest was a drawing of the gazebo in Manor Park. A more appropriate symbol might be one of the cottages that once made Larchmont a popular summertime destination for actors, properties these days that are attracting developers and their demolition crews.

“A big part of the reason people come to Larchmont is for the charming homes,” said Sarah Bauer, one of the leaders of Preserve Larchmont. “We know they can be drafty and leaky, but if you wanted something big and new looming over you, you would go to Queens or Long Island.” 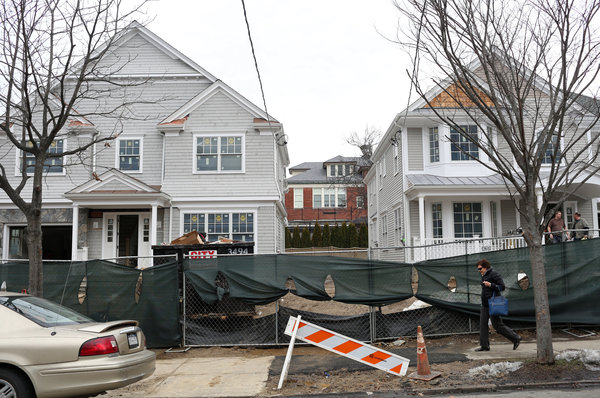 After a spate of teardowns the past few years, on Jan. 11 the Board of Trustees took the unusual step of passing a six-month moratorium on residential development in the one-square-mile village.

While maximizing every inch of a property may be a common practice on the “underutilized” blocks of Manhattan, it is still largely foreign in this corner of Westchester. Nor is there the kind of “Edgar Allan Poe sneezed here” history to justify preserving many of these homes, which leaves advocates with more prosaic arguments about community and character.

“We just wanted to take a pause and figure out if this is petering out or just beginning to pick up,” Mayor Anne McAndrews said in an interview at Village Hall.

Ms. McAndrews pointed to a 1903 birds-eye map of Larchmont on the wall. “You can see we’ve always been a community of developments, but are we meeting the needs of today?”

Why the village is attracting so many wrecking crews is not entirely clear. The most common explanation is that as neighboring communities like Scarsdale and Rye have become saturated with new housing, and cracked down on it, developers are looking farther afield.

Some residents joke that Larchmont’s appeal is its numerous patisseries, catering to a village where many of its 6,000 residents are French.

What has most alarmed villagers, and intrigued developers, is not simply that old homes are being replaced with newer, bigger ones but rather that two, three or even four homes are being built where once there was just one. There have been 23 new homes built over the past decade, 14 resulting from demolitions and subdivisions, according to city records. With roughly 1,800 homes, that may not seem like much, but village officials said it was undertaking the moratorium to ensure the trend does not grow.

Sitting on a grassy rise overlooking the sound, 40 Ocean Avenue is hemmed in by Preserve Larchmont signs. Sold in December for $4.7 million, after coming on the market in April for nearly $5.9 million, it hardly looks like a candidate for demolition. Recently renovated, it is no crumbling colossus, either.

Known as the Orchard, the 1896 home has a rusticated stone base framing two porches and a pitched Dutch Colonial roof. George E. Ide, a prominent financier, hired Frank A. Moore, architect of the Village Hall and library, to design his home across the street from the mansion of the brewer Rudolph J. Schaefer. 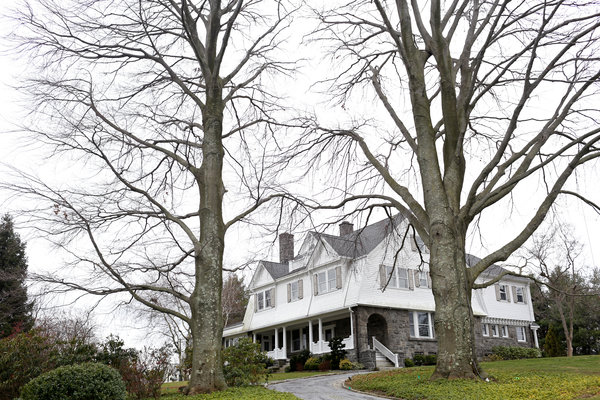 Yet because the home has a 1.57-acre lot with street frontage on three sides, Bobby Ben-Simon, founder of KOSL Building Group, saw an opportunity to tear it down and build four new homes that he thinks could each be worth as much as the one he just bought, and just as fitting.

“I build very nice, period-appropriate homes that respect the neighborhood,” Mr. Ben-Simon said. “People complain, but when I am done, they thank me for improving their property values.”

His lawyer, Andrew P. Schriever of the firm Cuddy & Feder, argued that a subdivision would actually be more in keeping with the neighborhood character, since most homes do not have sprawling grounds. And Mr. Ben-Simon, who has been building in Westchester for 28 years, conducted a study that found that of 287 homes sold in the past three years, only seven were new construction.

Because the moratorium was enacted just as Mr. Ben-Simon was filing to demolish the 6,300-square-foot 40 Ocean and subdivide the lot, he contends that it was created specifically to block him. 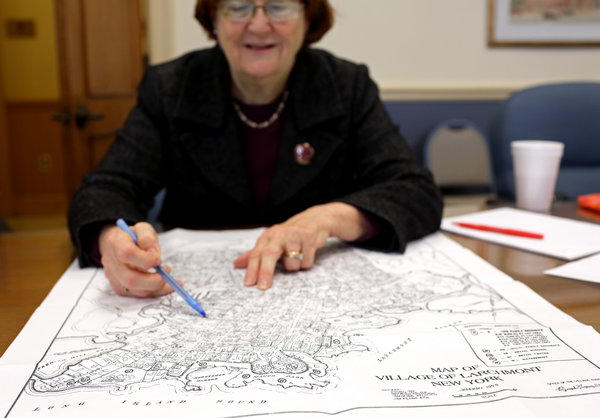 Ms. McAndrews said the prominence of the home finally made the community take notice — if it could happen to the grandest homes, it could happen anywhere. And she noted that other subdivisions were being allowed to continue, like one at 5 Vandenburgh Avenue, another example of one house being replaced by four.

Shlomo Freidfertig, the developer of that property, said it was the least the village could do, since it had already delayed his application for two years. “In my 35 years building, I’ve never had so much trouble,” he said.

Some residents have welcomed the new properties for expanding the tax base and supporting local businesses or simply on the grounds of property rights, that new zoning could limit their resale values.

Others express fear of school overcrowding and stress on the village’s century-old infrastructure. Stacy Jamar Caffrey, a Preserve Larchmont founder who lives across the street from 40 Ocean, estimated that 41 of the 337 homes in the Larchmont Manor neighborhood were teardown candidates.

Driving around the village, where there are no historic districts but the Architectural Review Board keeps a tight rein on what can be built, it is difficult at times to tell which homes are new, except for the trash bin and chain-link fence out front. Complaints can seem a matter of taste, or blanket opposition to development, or progress, a notion Ms. Caffrey rejects.

The village is working feverishly with a planner in Hoboken, N.J., to come up with new regulations by July. That could cause as many problems as it fixes, said Sheila Foster, co-director of the Urban Law Center at Fordham University, noting that any new zoning cannot simply be directed at properties.

“You have to be careful, because everyone going forward would be cuffed by the same rules,” she said.