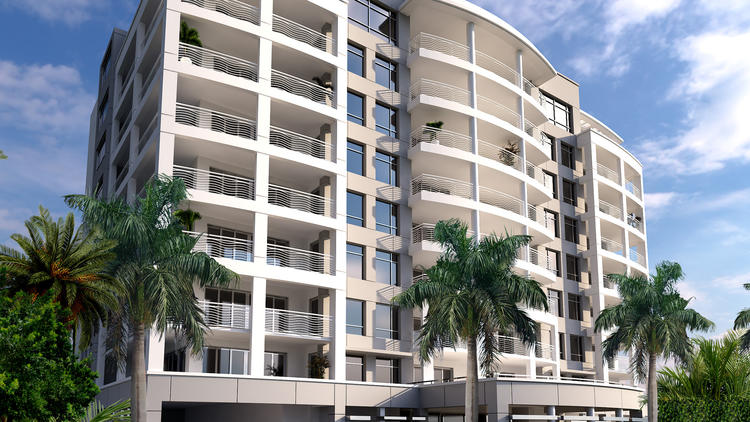 Developers of a nine-story condominium building were given the official OK on Thursday to break ground in Boca Raton’s downtown.

The 100-foot building, known as 327 Royal Palm, had been approved back in August, but five months later, found itself caught in the cross hairs of the city’s recent open-space controversy.

In December, city staff acknowledged that for 12 years it may have been incorrectly interpreting the city’s rules for open space in downtown — an admission that has spurred continued public outcry.

Under the city’s rules, each parcel proposed for development in downtown must leave a certain amount of open space based on the proposed building height. Residents fear the possible misinterpretation could have led to less open space than required by the zoning regulations.

As a result, the City Council, acting as the Community Redevelopment Agency, directed staff last month to not issue building permits during this time unless the projects were reviewed before the government body.

Meanwhile, developers of the 327 Royal Palm project had been waiting for the city to issue its foundation permit, which is needed for any project to break ground. Foundation permits are typically issued by city staff and do not require a meeting of the elected officials to be given out.

After hearing the officials’ directive last month, staff again reviewed the 327 Royal Palm plans and determined the project does meet the city’s rules. The city called a special meeting for Thursday because it “didn’t want the developer to incur hardship,” city spokeswoman Chrissy Biagiotti said.

At Thursday’s meeting, staff told members of the council and the public that the project not only complies with the city’s open-space requirement but exceeds it.

Under city rules, a building that reaches higher than 75 feet must leave 40 percent of the land as open space. And 65 percent of that space must be uncovered.

Plans for the 327 Royal Palm project call for roughly 43 percent — or 9,589 square feet — of open space. About 70 percent of that space has been designated as open to the sky.

A diagram shared by the city shows open space on all four sides of the structure, with covered open space designated at the building’s entrance and at a sliver in the back.

Five residents sounded off before the elected officials. Most focused on the bigger question of where the city is headed in terms of the look of its downtown.

Boca resident Al Zucaro questioned whether the 327 Royal Palm project meets the city’s provision on the types of materials used in the construction, such as glass and stucco. He said a rendering of the building “doesn’t look Mizner-esque” as detailed in the city’s guidelines.

City rules “need to be interpreted strictly, not haphazardly,” he said.

A woman who identified herself as a future resident of 327 Royal Palm praised the project for creating jobs and adding a sidewalk and a fire hydrant.

“Part of your legacy is actually building a walkable downtown that attracts people who want to live in this city,” she told the body. “The fact that we stuck stucco on those buildings — it doesn’t make them attractive. It’s not clear to me why Boca Raton would not approve this permit.”

Council members gave the go-ahead for City Manager Leif Ahnell to issue the permit. They also said that if staff reviews a previously approved project and finds that it’s compliant with city rules, then there is no need to bring that finding before the body.

“We have given the city manager a clear direction to ensure that any projects coming forward do meet [the open-space requirement] to the letter of the law,” Mayor Susan Haynie said. “In this case it was quite apparent that the project did meet [the rules].”